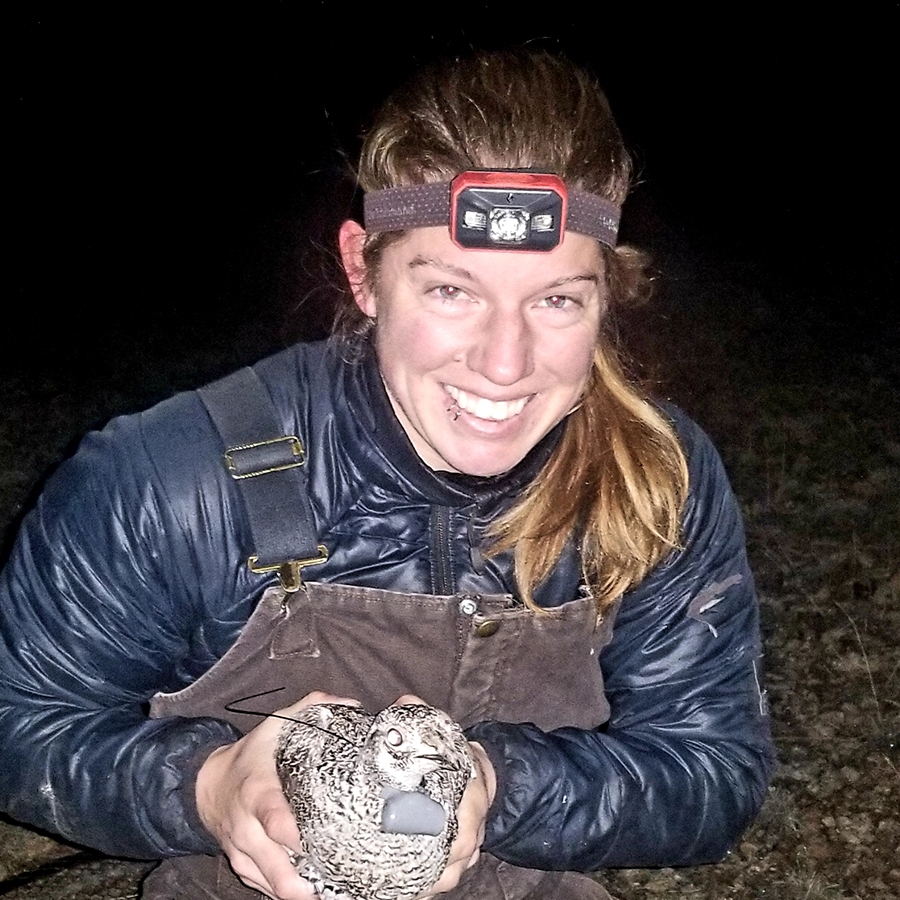 Terrah Owens grew up in the Pacific Northwest with a passion for wildlife and their habitats. She graduated from Humboldt State University with a Bachelor of Science degree in Zoology in 2009. After graduating, she worked as a field biologist for the Army Corps of Engineers, U.S. Forest Service, U.S. Geological Survey, University of California – Davis, as well as several private consulting firms. She has experience surveying and monitoring Threatened & Endangered and sensitive species such as northern spotted owl, fisher, marten, and greater sage-grouse. Currently, she is pursuing her PhD in Rangeland Ecology and Management at Oregon State University researching the effects of wildfire and avian predator densities on greater sage-grouse movement and space use in eastern Oregon. In the future she hopes to bring her experience working with multiple stakeholders in pursuit of conservation to other imperiled species and habitats. In her free time she enjoys hiking, camping, and exploring nature with her dog, Sadie.

RT @beringorca: hispanic community needs to know about the dangers of #S386'>S386 only India immigration bill. tweet and tag these folks. stop #S…