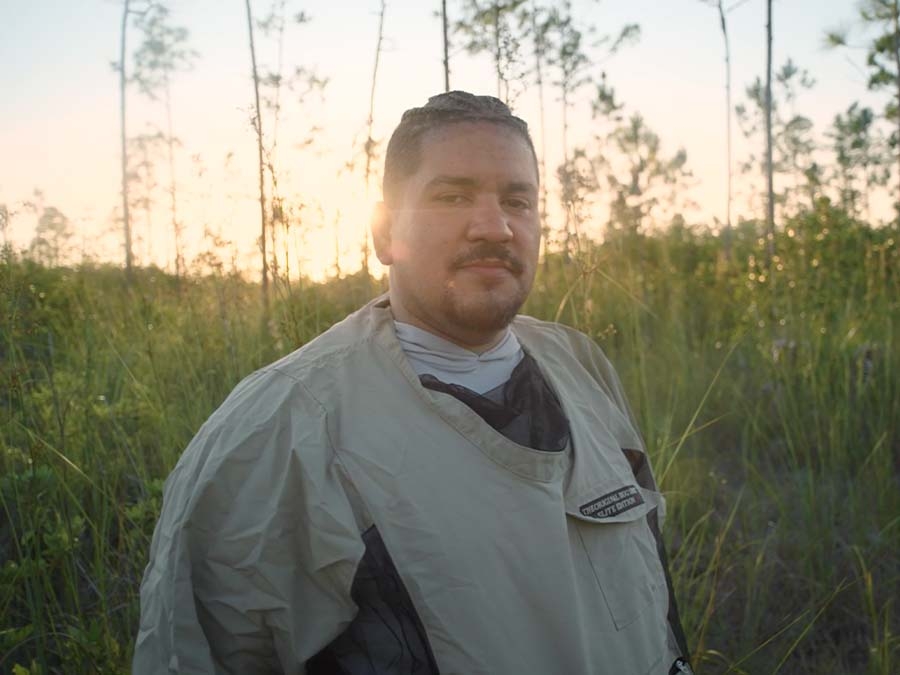 David Riera: Cultivating a Legacy of Hope Through Education and Professional Mentorship

Riera was raised visiting the ocean frequently. His affinity for the environment has been a mosaic of pieces that contributed to his growth and development as a life-long learner. His dad used to take him on fishing trips, but after his parent’s divorce, Riera’s mom would take him to his godparents’ house where they would go on regular beach trips. Even though his mom could not swim, she would fight that fear to create unforgettable moments with her children by the ocean.

During high school, Riera left school for a while and was sent to work at his godfather’s boat shop. The work he did there made him realize he had to be intentional and purposeful with his education, and career. When Riera went back to school, he met his first mentor who taught him about science, agriculture, and other subjects that sparked Riera’s passion for environmental conservation.

While searching the internet for internship opportunities and project funding, he found Hispanic Access; but it wasn’t until his third application that he was offered a position to work at Everglades National Park in Florida.

“One of the things I found very therapeutic about my job was blog writing,” said Riera. “Hispanic Access is like a sun, and the many ecosystems that we cultivate under the sun, create a more dynamic, robust, and resilient comunidad. A more resilient familia.”

Riera has earned five collegiate degrees and ten professional certifications, and even though he is a self-proclaimed ‘man of many hats’, there’s one hat he never takes off: Mentorship.

“I never say no, because they day I say no could be the day that I miss out on an opportunity, if not for me, then for connecting and building bridges for my community, my mentees, my students.”

Building a strong community and network of professionals is important for Riera because throughout his educational career, he did not really have that. Riera identified a great need for strong mentorship that went beyond resume building or tips on how to land a dream job, so he became a leader for students of color pursuing careers in science.

“Mentorship to me is not just an umbrella term,” said Riera. “One of the truest forms of mentorship is to have an act of commitment to somebody’s success.”

Hispanic Access has helped him find his voice as a first-generation Afro-Latino. Now, he wants to help his students find power in their voice and identity to bloom not just in their professional career, but in their personal lives as well. Cultivating a culture of peace, learning and mentorship can impact communities profoundly, and guide the next generation of professionals.

“I’m a collection of people, of words, of concepts,” said Riera. “we’re all roots, and when roots connect to each other, it just becomes one big living organism.”

Hispanic Access is inspiring, training, and supporting local leaders like David Riera, who have a stake in their community and have the drive for positive change. To help support and continue this work, please consider making a Charitable Donation