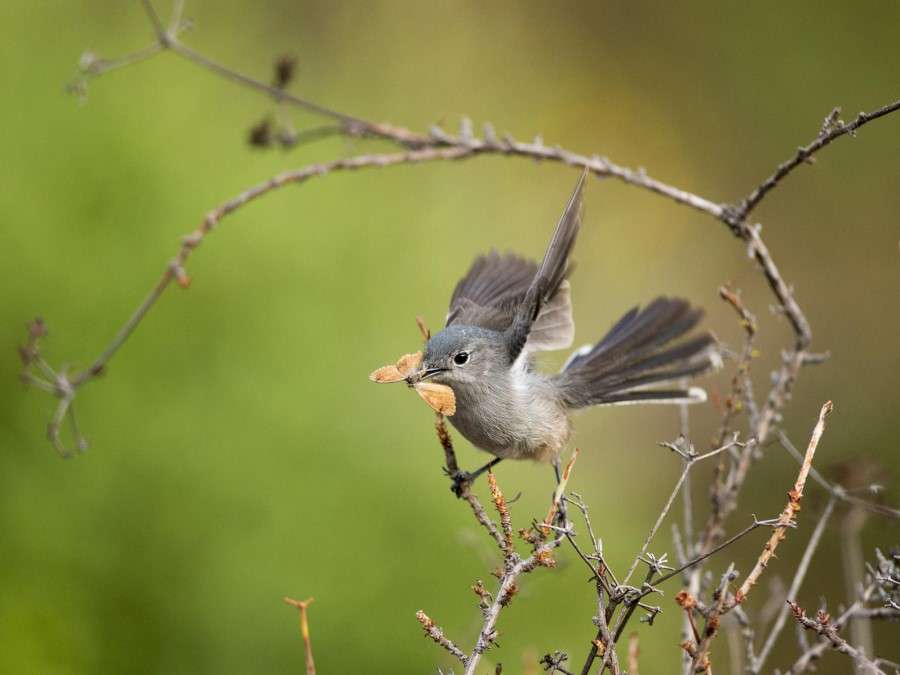 A summer of isolated collaboration

From IT problems, to birds, to fish, to wrapping up – we’ve approached the end of my DFP internship with the US Fish and Wildlife Service.

Like many other DFPs have mentioned in their blogs this year, it was a struggle to begin an internship completely virtually. Government positions are notorious for starting slow, with background checks and security clearances galore. It took me about two weeks of IT calls to finally have full access to the resources I needed to begin working on my project, and I’m eternally grateful for their help. Seriously, value your IT folks, people!

I began with my project on the coastal California gnatcatcher, reading paper upon paper about the biology of the species to better understand the factors threatening the its success. I designed revisions to pre-existing data in the Effect Pathway Manager (which you can learn more about in my previous blog!) to determine life stages and resource needs for those life stages. When I began tackling the actual effect pathways, I formed a team of gnatcatcher biologists and EPM veterans who could help me interpret the literature to pick out specific impacts to the species. This team, which meets just about every week, involves biologists from both the Carlsbad and Ventura offices, as well as my EPM mentor based out of the Region 8 Sacramento office. It is, perhaps, what I’m most proud of being apart of as my internship draws to close. The feedback I’ve received from those involved in the group has been overwhelmingly positive, and they’ve mentioned being inspired to create similar groups with other species in our region. If that doesn’t make me blush, I don’t know what would.

I simultaneously began working on the Santa Ana sucker, a species with no existing data in EPM, so I could build it from the ground up. I followed the same general process as I did with the gnatcatcher, reading background literature to familiarize myself with the species before establishing life stages and resource needs. However, this little fish was a bit more challenging, as there’s still so much that is unknown about specific habitat requirements, especially when it comes to the early life stages and spawning conditions. For spawning, there are only TWO existing observations! To create a resource need that addresses those observations, while also making sure not to be too restrictive, you have to be more general and always keep in mind the fact that those resource needs have to be impacted by a project to be included within EPM. I’m actually still working on finalizing resource needs for the sucker as we speak, and hope to have them ready to be published in EPM for public use by the conclusion of my internship.

In terms of the grander scale of my fellowship, I’ve had the opportunity to meet with and hear the stories of so many different people in the Service from just about every corner of the country through seminars, round table discussions, and one-on-one chats. Each conversation has highlighted the passion held for the Service’s mission, and the feeling of community and family that is shared amongst the Service’s members. I entered the Service at such an important time for our country, rocked by both racial injustice and a worldwide pandemic, and have been inspired by the actions taken by many in the Service to put the needs of the employees first and address existing prejudices within the agency. Although the process of our country’s healing is only just beginning, what I’ve seen within the Service during this time makes me hopeful for the future.

My supervisor and I have talked about having me continue working with Carlsbad field office as a volunteer, and I’m currently in the process of being approved access so I can keep working on the project focus of my DFP position. I’m excited that my story with the Service doesn’t have to end here, and I’m looking forward to what the future holds.