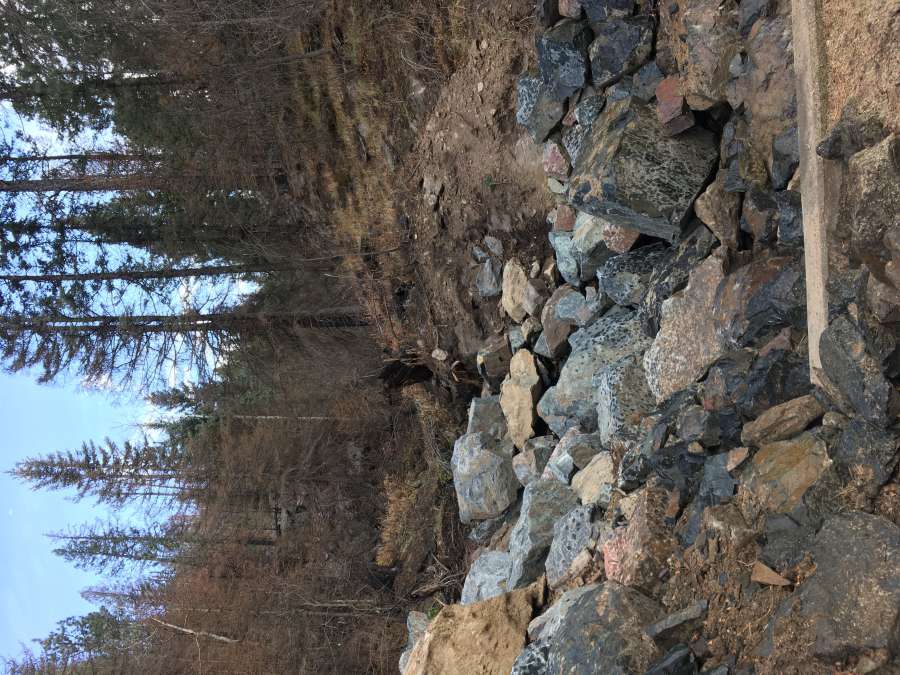 The Path of Least Resistance


Hello my friends! My name is Liam Fressie, and I am once again reporting from the Arapaho and Roosevelt National Forest and Pawnee National Grassland out of Fort Collins Colorado. This last month, I’ve been examining the impacts that major ecological disturbances have had on the region and the efforts that our forest/grassland have undertaken to mitigate damages inflicted locally. Our forest has recently experienced several major forest fires over the last five years, leading to a cascade of impacts. When major fires tear through an area, they remove a significant portion of the above ground biomass, specifically trees, shrubs, and other plants. These various plants have extensive root systems that when burned away, leave the soil loose and unstable. When seasonal rains begin to fall in these areas, the water strips the land of that loose soil leaving a slippery-smooth surface that encourages mudslides and flooding events. This process was exemplified in the Buckhorn Canyon wherein a major post fire flood event washed Larimer County Road 44H away completely.

The decision of our forests lead engineer was to relocate the road out of the canyon entirely, to avoid the likelihood of another flood event washing the road out. Unfortunately, the Federal Emergency Management Agency (FEMA) who was responsible for providing funds for the road’s restoration effort, determined that course of action to be too costly and would not provide the required funds. So, the decision was made to restore the road to the best of our ability, with a focus on improving systems of drainage to hopefully alleviate some of the stress that flood events would place on the road. Our forest's engineers had also advocated for the new drainage system installed to be mostly composed of AOP's or Aquatic Organism Passages that would allow for the movement of aquatic organisms to be unrestricted by our drainage culverts and systems. Unfortunately, funding for AOP's was denied as well, so our engineers worked with our aquatic biologists to make our drainage system as accommodating to aquatic life as we could, given our budget. As we walked the 8 miles of new road, inspecting the culverts and parking pull offs, I began to reflect on how frustrating it must be to attempt to do the most good we can with such limited resources. As we walked, I shared my thoughts with Steve Wood, one of our forests leading engineers saying "wont all this effort be wasted if the road is washed out again? Wont the Aquatic organisms suffer without the AOP's? why aren’t we fighting harder with FEMA to get more funds?". Steve thought about my question for a moment and then pointed off to a slope beside the road. The force of water had carried massive boulders down the slope during the flooding event, creating a huge pile blocking a culvert, shown in the picture attached below. Steve then said "The water that carried these massive boulders here didn’t flow just straight down the mountain, it meandered around trees and hills and other obstacles, slowly but surely gaining momentum. The water took the path of least resistance avoiding those things that would slow it down, until it gained enough momentum that those obstacles bent to the force of the waters progress. if we were to start a fight with FEMA to allocate more funds, it could take many years to see it through. The road would only get worse and the community that relies on these roads would ultimately be the ones to suffer". Steve went on to say, "Sometimes in our job, we have to be like water and take the path of least resistance, so that we too can begin to generate the type of momentum that won’t be slowed by these obstacles".

This conversation really stuck with me as I feel it can be extrapolated to our own lives. Often, we want to steam ahead directly towards our goals, but in some cases, we need to be more like water. Not crashing hard against those things that stand in our way but ebbing and flowing around them so our momentum can continue to build to a point that those obstacles are washed away by the force of our progress. Sometimes the most effective path is the path of least resistance

RT @aweiss: Wonderful to see @maitearcedc as one of the four founding board members!
From Twitter for iPhone