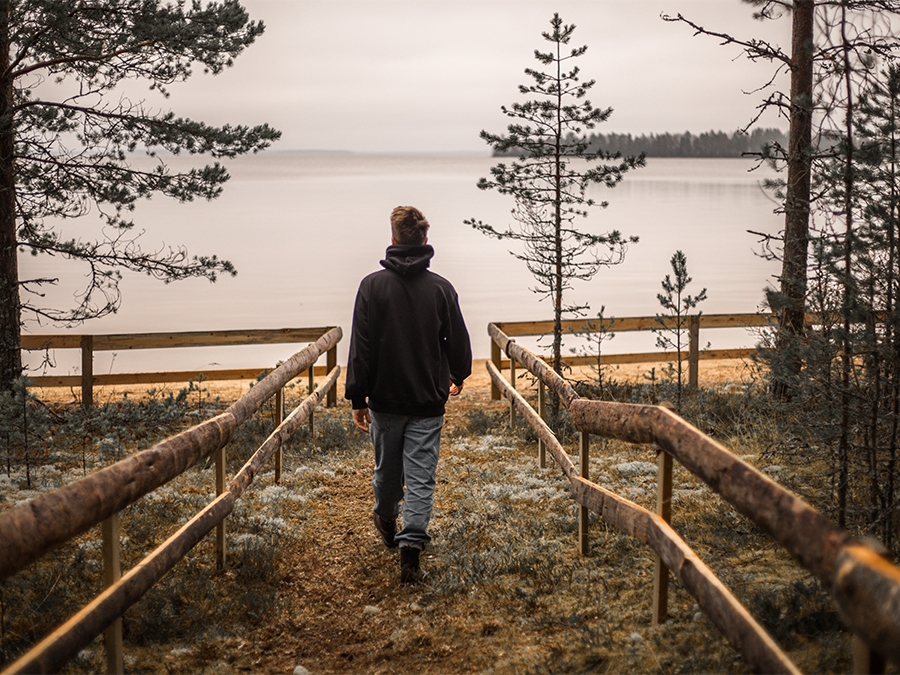 As the 2022 session of the Maryland General Assembly gets under way, a coalition of environmentally minded lawmakers is expected to propose legislation that would protect 30% of the state’s lands and waters by 2030 — in keeping with a nationwide movement known as 30 by 30.

As our representatives consider this bill, they should be aware that one of our state’s fastest-growing constituencies stands strongly in favor of nature conservation and climate action: Latinos. During the past decade, the Latino segment of Maryland's population grew from 8% to 12%, according to the U.S. Census Bureau. Eighty percent of Maryland state park users in the last couple of years were Latino or Spanish-speaking, according to former Maryland Governor Parris Glendening, who is now president of the Governors’ Institute on Community Design.

That makes Latinos a valuable and increasingly important constituency for parks and environmental issues. This growing and dynamic community shares values across party lines and supports protecting our sources of clean air and water, a stable climate and outdoor recreation. A poll taken last summer highlighted the importance of conservation issues among Latino voters in the Chesapeake region. The poll, conducted by David Binder Research and commissioned by the Hispanic Access Foundation and Chesapeake Conservancy, surveyed 750 registered voters in Maryland, Virginia, Delaware and Washington, DC, on environmental issues facing the area, including attitudes and policy preferences regarding climate change, the health of the Chesapeake Bay, access to parks and more. The poll showed that, among the Latino voters who participated in the survey, 75% are concerned about climate change, 76% are concerned about climate impacts on the ocean and bays, 71% are concerned with water pollution and 70% are concerned about extreme heat. Further, nearly eight in 10 of all respondents, including Latinos, considered the health of the Chesapeake Bay important to them on a personal level.

Similarly, Latino voters who participated in the survey overwhelmingly supported policies that protect and improve the environment. The poll found that nine in 10 Latino voters, and voters at large, want to invest in protecting their state’s land, waters and wildlife, even in the midst of economic challenges brought on by the COVID-19 pandemic. The poll found that 89% of Latino voters support the 30 by 30 land conservation goal, and 83% support gradually transitioning to 100% of the country’s energy being produced by clean, renewable sources like solar and wind. Further, 89% of the Latino voters polled support the creation of new marine sanctuaries to protect ocean waters and wildlife. The same percentage also supports creating national parks, national monuments and national wildlife refuges to protect historic sites or areas for outdoor recreation.

In addition, when asked to choose between environmental protections and oil and gas drilling, most of the Latino respondents want to ensure public lands and waters are protected and safe. Sixty-seven percent want their congressional representatives to prioritize environmental protections over energy production, compared with 52% of all voters. Moreover, 74% of the Latinos polled believe we should strictly limit on– and offshore oil and gas development or stop it altogether. When asked about their familiarity with the Bay and its current environmental conditions, 62% of the Latino voters responded that they believe that the Bay’s environmental condition is fair or poor. After the pollster shared a few of the ways threats to the Chesapeake Bay can hurt communities throughout the region — such as pollution, loss of wildlife critical to commercial fisheries, severe flooding and limited access to nature — 87% of the Latino voters said they support the creation of a Chesapeake National Recreation Area. Further, 84% of Latinos and 86% of all voters polled said that it should be a priority for their state to work to restore the Chesapeake.

Despite the challenges Latinos often face in accessing nature — largely because people of color are three times more likely than white people to live in “nature-deprived” places — Latino families are frequent users of public lands. Sixty-four percent of Latino voters report having visited national parks or other public lands within the last year, with 39% visiting three or more times. When it comes to addressing environmental justice and the lack of parks, nature and green space in communities of color, strong majorities of both Latinos and non-Latinos called for equitable access to protected lands and clean air and water. Nine in ten Latinos support directing funds to ensure adequate access to parks for lower-income people and communities of color that have disproportionately lacked them, as well as dedicating funding to address air and water pollution in low-income areas.

Latino voters are committed to preserving the environment, including addressing pollution, creating access to parks, transitioning to clean energy and protecting our treasured lands, waters and the Chesapeake. Forthcoming legislation to conserve 30% of the state must keep in mind this important constituency and actively engage Latinos in conservation efforts, ensuring that equity and environmental justice are advanced even as we protect nature and climate. We are calling for a 30 by 30 initiative that addresses the climate emergency, protects our treasured lands and ocean and prioritizes clean water and healthy air, especially for vulnerable communities like our own.