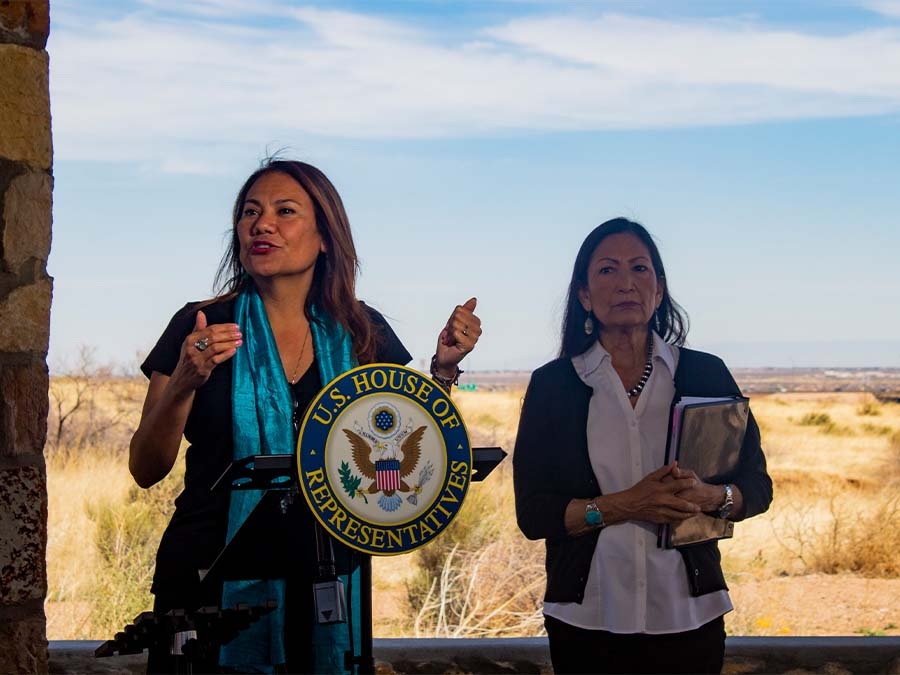 El Paso residents have called for the protection of Castner Range for more than 50 years. Now, advocates see the Biden administration as their window of opportunity to preserve the land in perpetuity.

Rep. Veronica Escobar (D-El Paso) wrote to President Joe Biden on Thursday, calling on him to use the Antiquities Act to declare Castner Range a national monument. Escobar highlighted the recent visit of Secretary of the Interior Deb Haaland to El Paso and the need for green space in the majority Latino city.

Escobar introduced legislation in 2021, H.R. 2752, that would permanently protect the Castner Range. If Congress does not act, the president has the authority under the Antiquities Act to declare national monuments. In 2014, President Barack Obama established the Organ Mountains National Monument in nearby New Mexico.

Castner Range is a 7,000-acre area in Northeast El Paso that Fort Bliss Army Base used as an artillery and munitions range until the 1970s.

“The community which I represent in El Paso is a minority community that has often been overlooked in environmental matters," Escobar wrote in the letter. "Communities like mine have often borne the brunt of irresponsible environmental policies while being excluded from enjoying the benefits of open spaces and public lands."

In the letter Escobar described the benefits of protecting Castner Range, including its archaeological and historical sites. She wrote the area also protects the Hueco Bolson aquifer, one of El Paso's sources of drinking water.

Escobar emphasized benefits for the people of El Paso, who despite the area's natural beauty, have historically lacked access to green space and recreational opportunities.

Escobar said protecting Castner Range would serve the goals of the Department of the Interior's America the Beautiful initiative. In May 2021, Biden announced the goal to conserve and restore 30% of lands and waters in the U.S. by 2030.

“Your Administration’s America the Beautiful initiative is intended to address the three interlocking crises of nature loss, climate change, and inequitable access to the outdoors," Escobar wrote in the letter. "Protecting Castner Range is a unique opportunity to make progress in addressing all three of these crises.”

Local and national conservation groups, such as the Hispanic Access Foundation and the League of Conservation Voters, welcomed Escobar's letter as an important step to achieve permanent protections.

“Representative Escobar has been invaluable to the process of earning protection for Castner Range,” said Janaé Renaud Field, executive director of the Frontera Land Alliance. “She has been and continues to be a consistent, dedicated advocate for conservation in the El Paso community and we are very grateful for her help.”

"Castner Range not only holds a rich historical and ecological background, but protecting this area would provide a place where its nearby community – 82.9% Hispanic or Latino–can go to recreate, venture and explore," said Shanna Edberg, director of conservation programs for Hispanic Access Foundation.