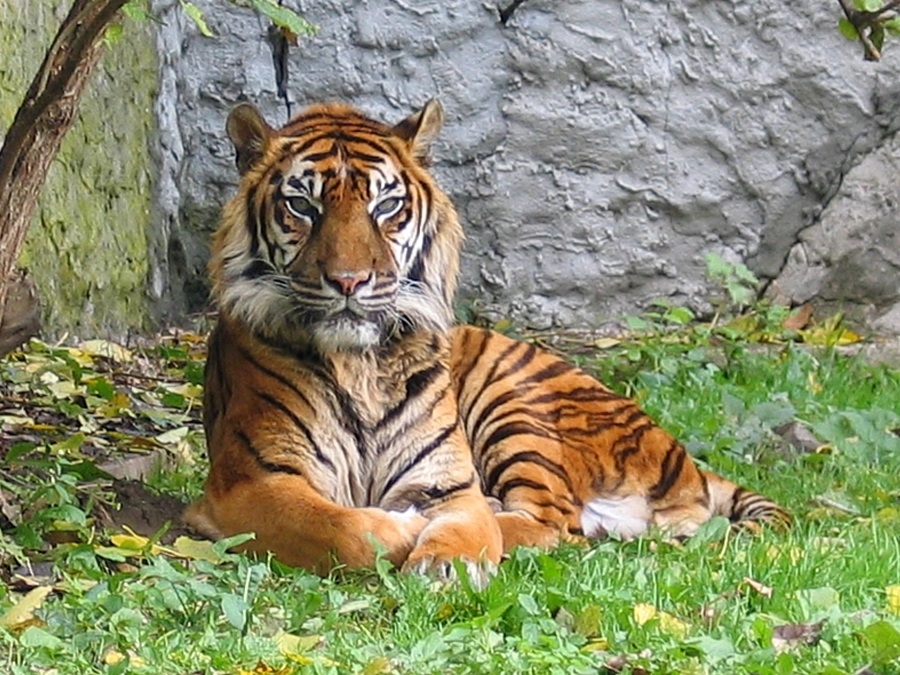 As the United States reels from COVID-19, scientists and environmentalists say beefing up conservation efforts could help protect humanity from future pandemics.

Lawmakers and policy experts alike have been focused on the immediate health and economic concerns from the pandemic. But many environmental advocates say the global crisis has also laid bare the need for more proactive and integrated measures over the long-term — including land and water conservation and tighter regulation of the wildlife trade.

“It was pretty obvious it was just a matter of time before something like this was going to happen,” Thomas Lovejoy said of the outbreak. Lovejoy, a biologist who is sometimes called “the godfather of biodiversity,” is the senior fellow on biodiversity and environmental science at the U.N. Foundation.

“We have to really look at nature in a different kind of way than we have been looking at it generally … and work with it instead of working against it,” Lovejoy added.

Lovejoy and others say that habitat loss, climate change and overexploitation of wildlife have contributed to the increased spread of infectious diseases from animals to humans. Their remedy to reduce risk of future pandemics is to set an ambitious goal for nature conservation and to combat wildlife trafficking.

“Forests and their ecosystems that have all of their biodiversity are more likely to protect us and provide a natural shield, and all of that happens without our interference,” said Enric Sala, explorer-in-residence at the National Geographic Society. “Prevention would be much safer and stronger than responding to the next pandemic.”

They are backing a “thirty by thirty” resolution from Sen. Tom Udall (D-N.M.) that calls for conserving at least 30 percent of the land and ocean of the United States by 2030. Currently, the country has protected about 12 percent of its land and 23 percent of its offshore waters, according to Udall.

In a recent survey from Colorado College, 70 percent of Nevadans said they would support the initiative.

Environmental advocates who work in the southwest say that conservation should include both vast areas of wilderness and accessible green space for people who live in cities like Las Vegas and Reno.

“We need nature and the benefits it provides now more than ever,” said Shanna Edberg, director of conservation programs for the Hispanic Access Foundation. She noted that the pandemic has highlighted the need for green spaces for recreation and air quality and the inequities in access.

“COVID-19 will not be the last disaster we face as a society. But we can lessen its effects, and the effects of future disasters, with holistic conservation policies that include pollution reduction and land and water protection and restoration, with equity and access for all,” Edberg said.

Udall’s resolution has 11 co-sponsors, including 10 other Democrats and Vermont independent Sen. Bernie Sanders. It faces long odds of passing in the GOP-controlled Senate. No Nevada lawmakers have signed on to the effort.

Nevada lawmakers say their current focus is on helping constituents navigate the overwhelmed unemployment claims and small business bailouts. But they stressed that conservation is among their priorities.

Democratic Sen. Catherine Cortez Masto “is focusing on protecting Nevada’s essential workforce and helping Nevada families weather the coronavirus pandemic,” but “conservation and environmental protection continue to be key priorities for her in the Senate,” said her spokeswoman Lauren Wodarski.

“We know that climate change and environmental degradation put vulnerable populations in Nevada at increased risk for health complications and harm their economic security.”

The disease has also raised questions around the often-overlooked issue of the global wildlife trade.

COVID-19 is a zoonotic disease that spreads to humans from other animals. Three out of every four new or emerging infectious diseases in people came from animals, according to the Centers for Disease Control and Prevention. Severe acute respiratory syndrome (SARS), avian flu and Ebola were also zoonoses.

COVID-19 was originally thought to have spread to humans in one of China’s “wet” wildlife markets, which sell exotic and domestic animals. Scientists now are not so sure the virus first spread in the market, although markets where live animals are traded have been traced as the source in previous virus outbreaks.

Scientists estimate that there may be more than 1.67 million unknown viruses infecting animals. A group of scientists formed a “global virome project” two years ago to study the unknown animal-borne viral threats.

To help reduce risk of other outbreaks in the future, advocates say the United States needs to crack down on wild animal trade. Viruses occur naturally, but human interaction with wildlife makes it possible for them to jump into humans.

“The way to have a better outcome going forward is to actually control that wildlife trade, control those wildlife markets, and also be much more judicious with how we live or coexist with nature,” said Lovejoy.

The Center for American Progress released an issue brief on Monday, calling on the United States to reduce dangerous human-wildlife interactions by fighting the illegal wildlife trade.

The United States is the world’s second largest buyer of illegal wildlife products, after China.

Rep. Dina Titus (D-Nev.) co-sponsored a bill on wildlife trafficking that Congress approved as part of its spending bills last December. The RAWR Act authorizes the State Department to offer cash rewards for information that leads to disruption of wildlife trafficking networks.

“International wildlife trafficking must be treated as a serious crime. That’s why I helped pass the RAWR Act,” Titus told the Current in an email this week. “Cracking down on the trafficking of exotic animals isn’t just the right thing to do for wildlife — it can also help stop the spread of infectious disease.”

Nevada lawmakers approved statewide legislation in 2017 on wild animal trafficking. The legislation, Senate Bill 194, ensures the state would not provide safe harbor to wild animal traffickers. But there are many other pathways for interaction: for instance, Nevada is one of only a few states with no ban on exotic pet ownership.

The U.S. Fish and Wildlife Service detected nearly 50,000 illegal wildlife shipments at U.S. ports of entry between 2005 and 2014, containing more than 660,000 individual animals, according to an analysis of FWS data by Defenders of Wildlife. Many more animals came in legally: nearly 11 billion specimens during that time period.

Some think lawmakers should go much further and put stringent limits on wildlife trade that is currently legal.

“We need the global community to come together and say it is not worth it anymore,” said Zak Smith, a senior attorney at the Natural Resources Defense Council.

A bipartisan group of senators also recently asked the Trump administration to work to close wildlife markets that sell live animals for consumption.

While conservation goals are admittedly on the sidelines in the face of a global pandemic, environmentalists say addressing both wildlife markets and land and water conservation are vital for the future.

“The reality is, this is not just an issue of ‘Wouldn’t it be nice?’ This is necessary if we want to maintain human life as we know it on the planet,” said Smith.

Join @HSFNews for College 101 – a FREE, bilingual program that provides information on how Latino families can prep… https://t.co/pvN4t2hFkp
From Twitter Web App

LAST CHANCE – Don’t miss out on applying to MANO’s open positions for the @NatlParkService Independent Position and… https://t.co/rjz17KeIgT
Follow HAF on Twitter