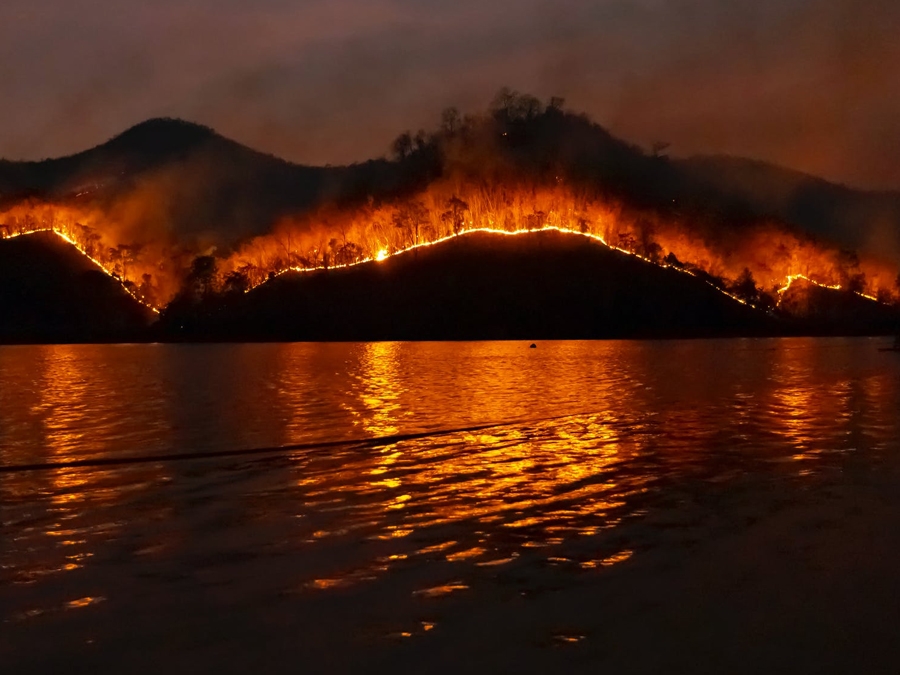 By the end of September, millions of acres had burned in America’s West Coast, killing at least 35 people and causing extreme air pollution that threatened the health of millions of residents. In Oregon, two of the most vulnerable communities to the wildfire crisis were in Medword, where 3,200 structures and homes were in harm’s way and residents were immediately evacuated.

Tomas Alvarez, Pastor at Church of the Nazarene in Medford, Oregon and HAF’s Hispanic Leadership Network member, saw how many residents in his community didn’t have a place to evacuate to. After seeing the desperate need for a refuge from residents in Medford, he decided to open the doors of his church as an evacuation center. Residents affected by the wildfire lived in the church’s gymnasium for about three weeks and volunteers from Samaritan's Purse were there for up to two months.

The chapel not only served as an evacuation shelter, but it was also a resource center. Pastor Alvarez partnered with The American Red Cross, FEMA and Samaritan’s Purse to provide essential items to Medford residents. While many of the items came from these agencies, 60% of donations were from the church’s congregant and members of the local communities. The resource center was open 24/7 for the two critical weeks of the wildfire crisis. Pastor Alvarez’s congregation provided clothes, blankets, towels, hygiene items, gift cards, food and water.

“There’s one donation I’ll never forget,” said Pastor Alvarez. “A woman from our community came to our church and gave us $2. It was all she had. But, she told me she had faith God would multiply her humble offering of $2 to be able to support our efforts. It was inspiring to see how our community truly came together.”

As a member of HAF’s Hispanic Leadership Network, Pastor Alvarez was asked to participate in a panel for a community roundtable and screening of “I Am CHEO” a film that discusses the topic of wildfires, latinos and environmental justice in September. HLN is a five-year mentoring and leadership program that supports young, mid-career and experienced Latino pastors serving high-need rural and urban congregations across the U.S.

“Thankfully I was able to share the information I learned during the roundtable with my community,” said Pastor Alvarez. “In order to help our vulnerable communities survive natural disasters, it’s essential we teach them how to be prepared.”

For the screening, Pastor Alvarez received a wildfire toolkit from HAF, which provides resources, tools and guidance for latinos in response to wildfire. “The toolkit is a good example of the type of critical resources HLN receives in order to best serve their communities,” says Pastor Alvarez. “A natural disaster can happen at any time and it’s important that our communities know where they can go, who they can turn to, and how to be prepared with a plan of action.”