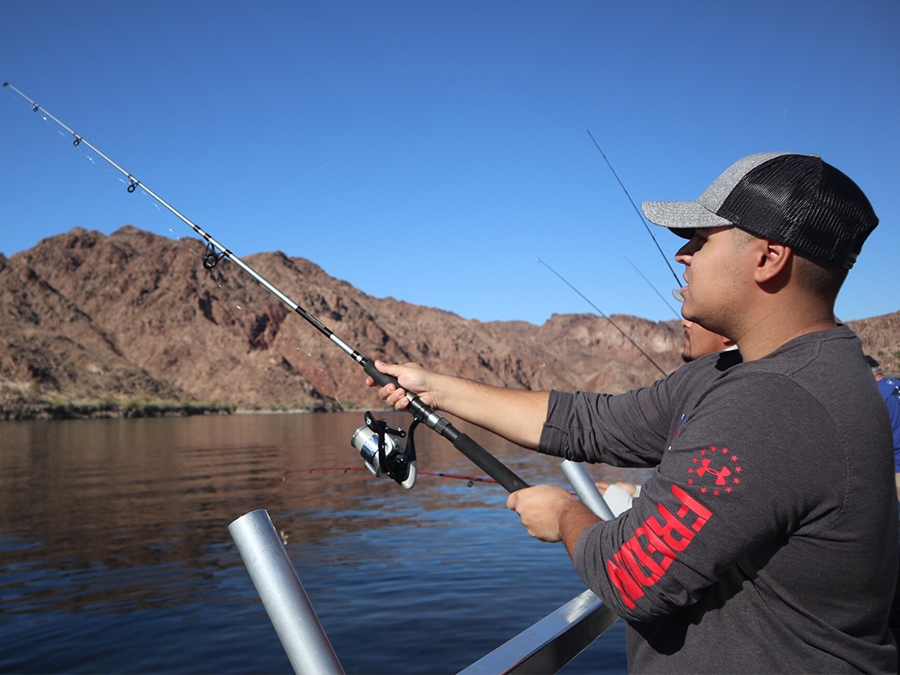 With the support of President Donald Trump, Sens. Cory Gardner (R-CO) and Joe Manchin (D-WV) introduced the bipartisan Great American Outdoors Act that will finally provide full dedicated funding for the Land and Water Conservation Fund and address the $12 billion maintenance backlog facing our national parks. LWCF’s impact extends to neighborhoods throughout the country, reaches nearly every county in the nation and has been instrumental in providing Latino and other diverse communities with access to the outdoors.

“From the smallest to the largest of Latino communities, LWCF has been critical in providing all our nation’s diverse communities with what is often their main or only means to experience the outdoors,” said Maite Arce, president and CEO of Hispanic Access Foundation. “Whether it’s a local sports field, a community swimming pool or providing new trails, LWCF’s reach into our cities and towns is vital to the health and well-being of millions of Americans nationwide.”

LWCF does not cost taxpayers a penny as it’s funded through royalties collected through offshore oil and gas drilling. However, Congress is responsible for allocating those royalties to the program and while its annual allocation is capped at a maximum of $900 million, Congress has only fully-funded LWCF twice within its history. This legislation would ensure that the program is funded at its maximum every year. Over the program’s 54 years of operation, LWCF has supported over 42,000 parks and recreation projects across the country, secured more than 100 national battlefields and protected more than 2.2 million acres of national parks.

The importance of LWCF cannot be overstated – it’s a critical tool that provides Latinos and underserved communities with access to the outdoors, it supports both outdoor recreation and tourism economies and helps protect cultural heritage and historically significant places critical to our nation’s diverse and shared history. Examples include El Camino Real de Tierra Adentro, a historic trade route between Mexico City and San Juan Pueblo, New Mexico, Roberto Clemente State Park, which not only honors the Puerto Rican baseball legend, but also provides New York’s Bronx with much needed community space, and Monroe Elementary School in Kansas, the school attended by Linda Brown of Brown v. Board of Education.

“The full, widespread impact LWCF has made on our communities all across this nation could never truly be measured or put into words,” said Arce. “But, seeing the connection Latinos have with these places only reinforces our work forward to ensure LWCF is fully and permanently funded. Not only so we can benefit today, but future generations will benefit tomorrow.”

“We appreciate the support LWCF has received from many members of Congress, including the leadership of Sens. Gardner, Manchin, Tom Udall (D-NM), Jeanne Shaheen (D-NH), Michael Bennet (D-CO), Martin Heinrich (D-NM), Maria Cantwell (D-WA), Richard Burr (R-NC), Steve Daines (R-MT) and Susan Collins (R-ME) to establish permanent funding,” said Arce. “The Senate and the House overwhelmingly supported the permanent reauthorization of LWCF last year, which reflects how important this program is to local communities. It’s time we start funding it that way — LWCF needs permanent and dedicated full funding. This would ensure that LWCF dollars benefit communities all across America to its highest potential.”

Hispanic Access Foundation has focused on the reauthorization and funding of LWCF over the past few years. In 2018, HAF released the short film “Land, Water y Comunidad,” which explores the relationship Latinos across the nation have with Land and Water Conservation Fund sites – what it means to them, how they enjoy them and the impact it would have if these lands weren’t available. Additionally, HAF has helped provide hundreds of Latino community leaders with access to their elected officials both in Washington and in their home state.

Any data to display