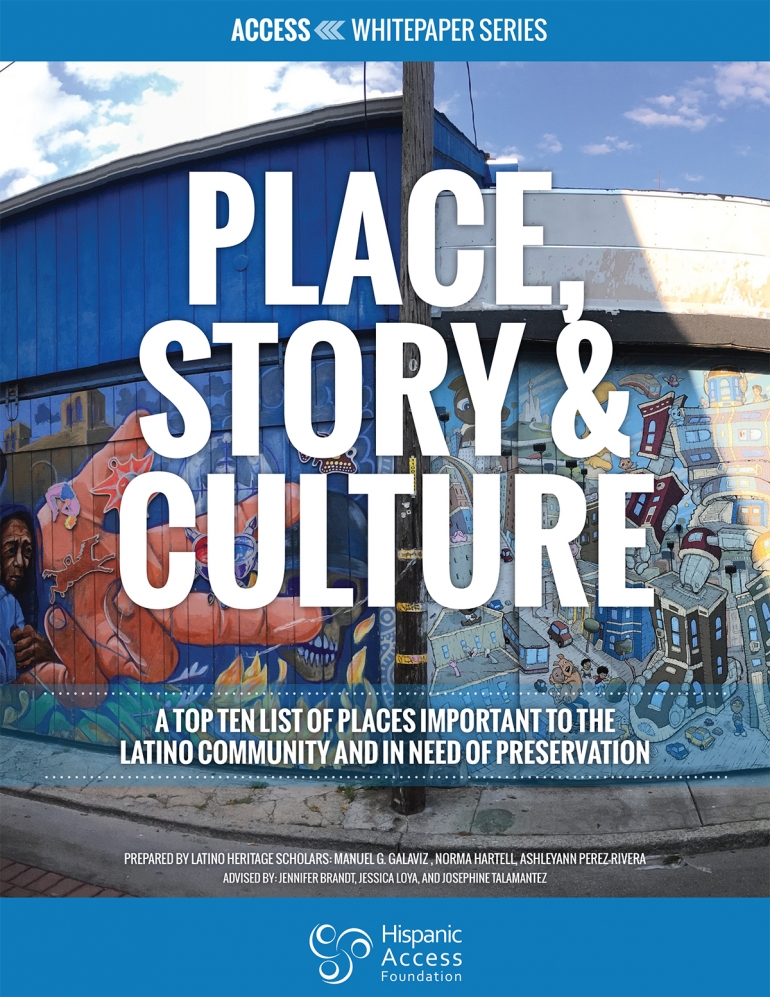 These sites are organized chronologically:

Located in southern New Mexico, Tortugas Pueblo is representative of mestizo identity. It is full of history and culture with traditions that represent the blending of indigenous Native American and Hispanic cultures unique to the area.

Built in 1863, the Trujillo Adobe is one of the last remnants of the original settlements of Riverside, California. It tells the story of the U.S. westward expansion and the role of Spanish and Latinos migrating from the southwestern state of New Mexico to California.

Located in Costilla County, Colorado, near the town of San Luis in the Sangre de Cristo Mountains, the Gallegos family has lived, owned, and actively maintained the traditional agricultural practices of the region at the Corpus Aquino Gallegos Ranch for over five generations.

Castner Range, the backdrop to El Paso, Texas, owes its history to that of the Native American communities that have occupied the area, of early Spanish travelers, and the growth of U.S. military trainings. Latinos have influenced its landscape, history, culture and traditions since the 1500s.

Our Lady of Guadalupe Mission Chapel, better known as McDonnell Hall, in the community of Mayfair, San Jose, California, is associated with the civil rights leader César E. Chávez, the activist efforts of the Community Service Organization, and Latino Catholic faith-based activism.

Santa Rita Hall, a single story brick building located in El Campito neighborhood of south Phoenix, Arizona, became an emblem of the UFW in 1972 after Governor Jack Williams signed the House Bill 2134 which would deny farm workers the right to boycott and strike during harvest seasons. César Chávez organized a 24-day water-only fast at Santa Rita hall in response to the Governor’s remarks.

In the Mission District of the City of San Francisco, California, between 24th street and Garfield Square is a block-long alley known for its concentrated collection of murals. Since the inception of this mural project, artists have contributed to Balmy Alley with a specific political agenda. The walls of the alley are filled with beautiful artworks that shed light on human rights and political issues.

Again, @PSULSAMP here at @Portland_State insists on pushing its anglocentric morality and understanding of the Span… https://t.co/Z6mQHyDocO

BLM is leasing low to no potential land to oil & gas development too close to public lands. Adrian Angulo speaks on… https://t.co/LDIWdfwcVz