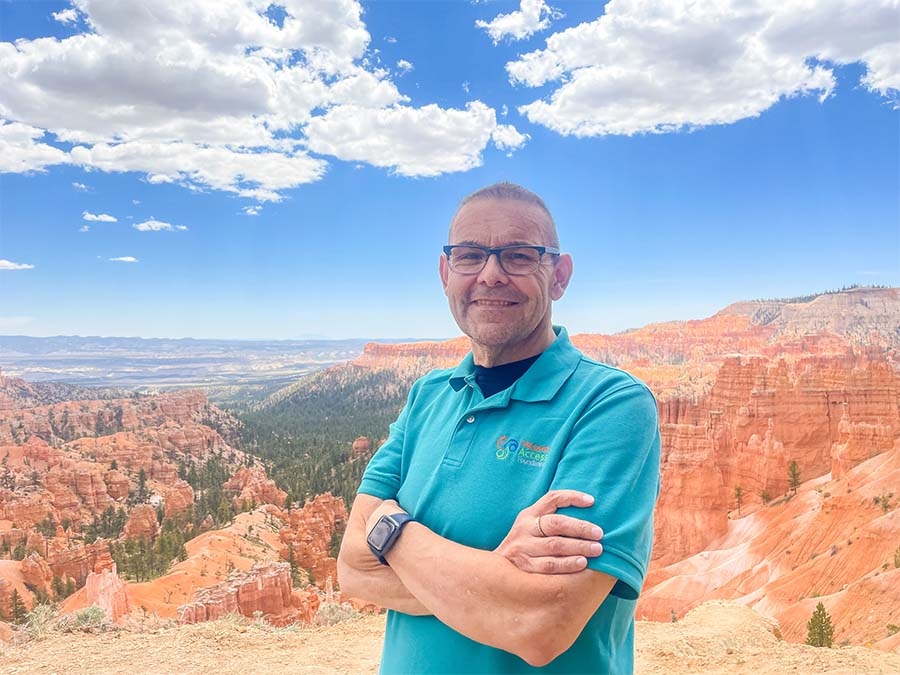 When Hispanic Access Foundation was established in 2010, the objective was to equip Latino communities with resources to help them navigate life in the United States. To ensure Latinos were receiving the necessary tools, Hispanic Access reached out to the community and began to brainstorm a strategy that would create their first tax education program in partnership with H&R Block.

During this period, David Armijo had just moved to Houston, Texas to start a new role as the Director of Multicultural Initiatives for H&R Block, where he first got connected with Maite Arce, CEO and founder of Hispanic Access Foundation.

“Maite always put her community first, and her focus was the people, not the organization.”

Armijo’s career orbits around service, leadership and compassion. For 20 years, he owned and managed his own salon and day spas, then decided to finish his bachelor’s degree from Colorado Christian University. His years of experience in corporations such as Target and H&R Block prepared him for his role as Hispanic Access Foundation’s Chief of Programs, but his passion for supporting the community stems from his family and faith.

“I think the past few years have really taught me how to focus on what Christ would have done in times of need,” said Armijo. “I want to make sure that my community is taken care of.”

Growing up, Armijo’s parents and grandmother taught him how to look after underserved communities. His parents rented property to undocumented families, and often, Armijo’s mother would cook meals to feed and care for their neighbors.

“Something that was very important to my dad was the undocumented community because my grandmother was undocumented,” said Armijo. “My parents were always helping people, and I think that's why I have a giving heart and a strong desire to give back to my community.”

As the Chief of Programs, Armijo oversees Hispanic Access Foundation’s program initiatives, including the MANO Project. Being part of the organization has allowed Armijo to apply what he learned throughout his career, and advocate for the needs of the people. One of the things he admires most about his team and the organization is their ability to empower Latino communities. Instead of providing resources and walking away, the goal is to teach people how to use those resources to live sustainably.

Even though Armijo has only been in his role for a little over a year, his involvement with Hispanic Access traces back to the very beginning. His leadership and experience will continue to shape the organization’s success.

Hispanic Access is inspiring, training, and working with leaders like David Armijo, who have a stake in their community and have the drive for positive change. To help support and continue this work, please consider making a Charitable Donation

Do you have your ticket for #OurHeritageOurPlanetFilmWeek yet? Don’t miss out on an AMAZING week of learning, exper… https://t.co/er5sKLxHTh
From Twitter for iPhone

Today is our director of development Luke’s birthday and his birthday wish is for everyone to buy our limited editi… https://t.co/VHGjUFQHkM
From Buffer