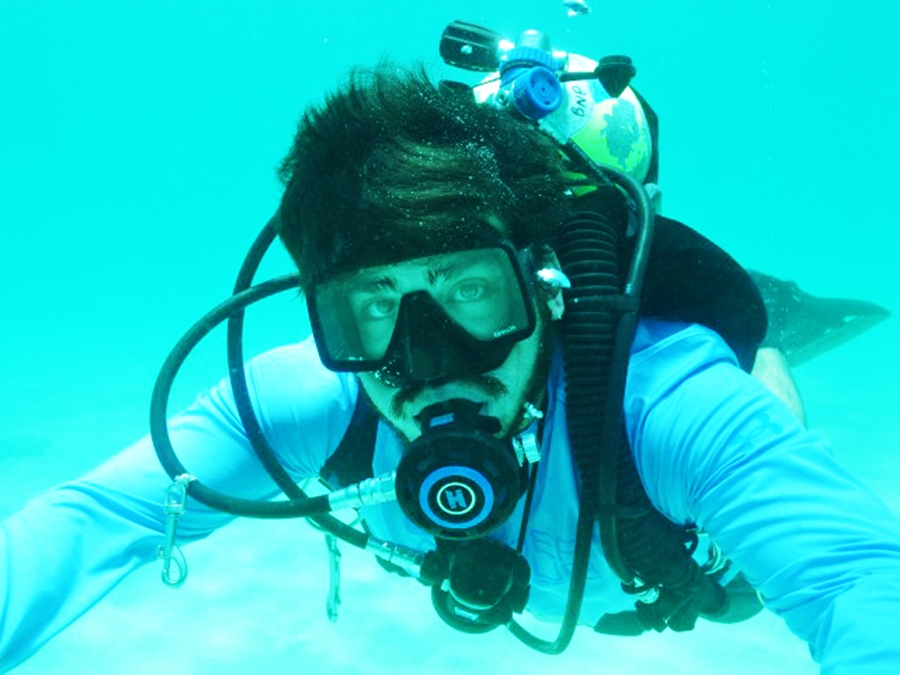 Faith Leaders: The Ocean Is God’s Beautiful Creation, and Ours to Protect

This summer was a lesson for us all. We felt the need to endure, to be resilient, and to take more care than ever to keep our neighbors and communities safe. In some ways, I found that the most difficult lesson of all was finding meaning in a world that had seemingly spiraled out of control.

I found this meaning in our work with the faith leaders of Por La Creación. Together with Pastor and Pastora Almanza of Nevada, Linda Sosa of Colorado, Pastora Cecy of Idaho, Pastor Araya of California, and Pastor Vera of Texas, our Conservation team took part in learning and then taking action on why we love the ocean.

Looking at the leaders we worked with, you might notice that only two of them live in coastal states. Why, then, focus on the ocean?

Because regardless of where we live, we are connected to the ocean. That may be through the air we breathe, the beaches we visit, the aquariums we wonder at, the seafood we eat, the medicine we use, or the rivers and watersheds that act like arteries to the ocean’s beating heart, whose water and nutrients we all rely on. Many of us also believe that we are the stewards of God’s creation, and that includes the ocean. The ocean is such a vast portion of our planet, filled with awe-inspiring vistas, mystery, and creatures large and small that it can inspire a feeling of spirituality in anyone.

Our leaders took to the radio, to Youtube, to TV, to houses of worship, to Latino Conservation Week, to Congress, and to their local aquariums to share their communities’ stories and inspire action to protect the ocean. Their work shows how even now - especially now - we must care for all of life. Even as we take more care with our own health and the health of our communities, we can’t stop caring for the rest of Creation, the natural lands and waters that sustain us in the best and the worst of times.

The COVID-19 pandemic has brought on big changes in all aspects of life - from health, the economy, politics and family dynamics, and in the daily lives of the population in general. It’s made us all readjust our daily routines and acquire new habits, including that have been administered by the authorities to protect us and the general public.

The international quarantine experienced in more than 188 countries has according to local news sources, resulted in a decrease of pollution levels in many of these cities, in particular, in China, where the virus was first recorded. Additionally, we’ve seen images of a clean sky, visible from outer space. However, what these images don’t show are what is happening in our oceans.

Much of the trash from homes make their way into rivers and the oceans. During the pandemic, a lot of the personal protective equipment people use as protection in public spaces have multiplied the amounts of trash that ends up in the waterways. Trash and plastic have been found on beaches, floating in the ocean, and even inside the bodies of fish and other marine life.

An online report on Oceanasia, conducted after an investigation of the arrival of trash to the Island Lantou and Hong Kong this past May, revealed that an immense amount of personal protective equipment ended up on these shores. The picture demonstrates that there is no scarcity of face masks on these beaches, as there are many arriving on their own by way of ocean currents. Our oceans are not only being polluted by the regular large amounts of plastic in our oceans, but they are being polluted by the carelessness of the general public, as demonstrated in the picture by Oceanasia.

It’s imperative that we are conscious as a population, especially during pandemics, and responsible in discarding our face masks, gloves, and other PPE appropriately. These belong in the trash cans in our homes, not in public spaces. Otherwise, they can end up in drains and make their way to the ocean.

Further, when we visit rivers, oceans and lakes, let us be mindful of discarding our PPE responsibly, knowing that if we don’t they could end up in our oceans and causing more pollution that will affect us in many ways, including the extinction of certain species, damaging our beaches, and our health.