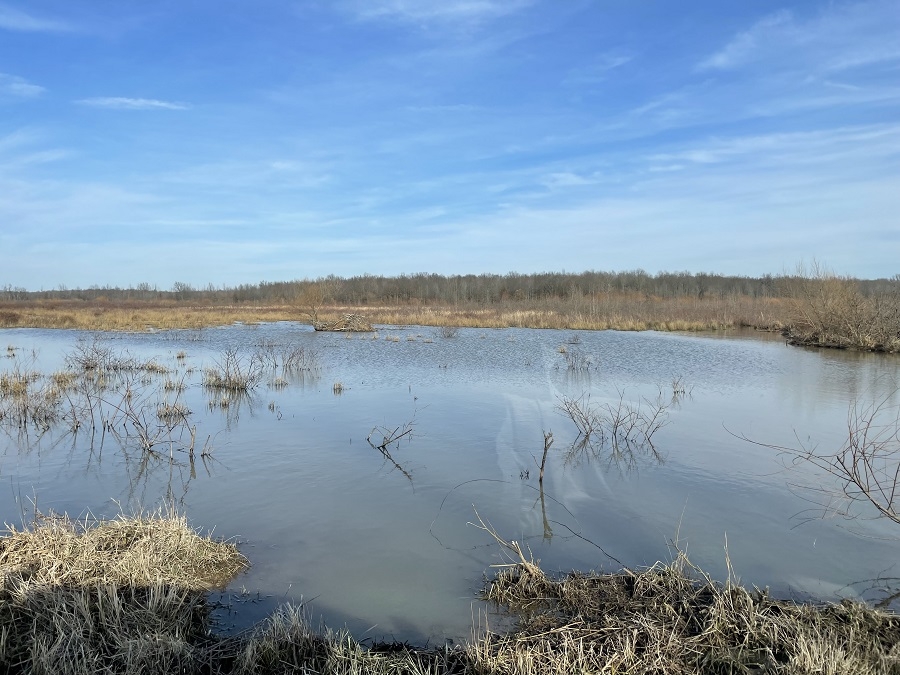 A Frog Dilemma: Conservation and Uncertainty


New job, new town, new people. This past month has been a time of drastic change. Exactly one month ago today I left my hometown to embark on my first ever full-time professional experience. I am stationed at the Big Oaks and Muscatatuck National Wildlife Refuge, located in southern Indiana. Before I moved here, I had never been anywhere close to Indiana or this area of the Midwest! I’ll be honest, it’s been difficult to adjust to such a new environment. But as I’ve slowly settled down, working outside in the refuge has really helped to root me in place. The flooded forests, expansive grasslands, and plentiful wetlands are now my new home; the welcoming refuge staff and the wildlife we protect my new community. Thanks to them, I’ve grown really invested in their ongoing projects—like conserving the charismatic Crawfish frog!

Protected grasslands are hard to find in Indiana, so rare species like the Crawfish frog depend on the refuge habitat. They spend most of their time in crayfish burrows and breed in ephemeral or seasonal ponds starting in early spring. The refuge manages a plethora of ponds, controlling predators and competitors, to allow the Crawfish frog population to reach sustainable levels. Their populations had been increasing in recent years. Unfortunately, a majority of their tadpoles became infected with a parasite. This setback caught refuge staff by surprise, and they are currently scrambling to figure out how to mitigate the damage.

This difficult situation made me realize the ever-present uncertainty in the work of conservation. An unexpected pathogen is setting back years of hard work. However, it is because of that uncertainty that the work we do is so important. As I learn more about the projected impacts of climate change in this region, I’ve grown aware of how little we know about the ongoing and future impacts of human disturbances on ecosystems and wildlife. That is why I am very appreciative of the Civilian Climate Corp Fellowship program, which will allow me to assess how vulnerable local species and habitats are to projected climate impacts.