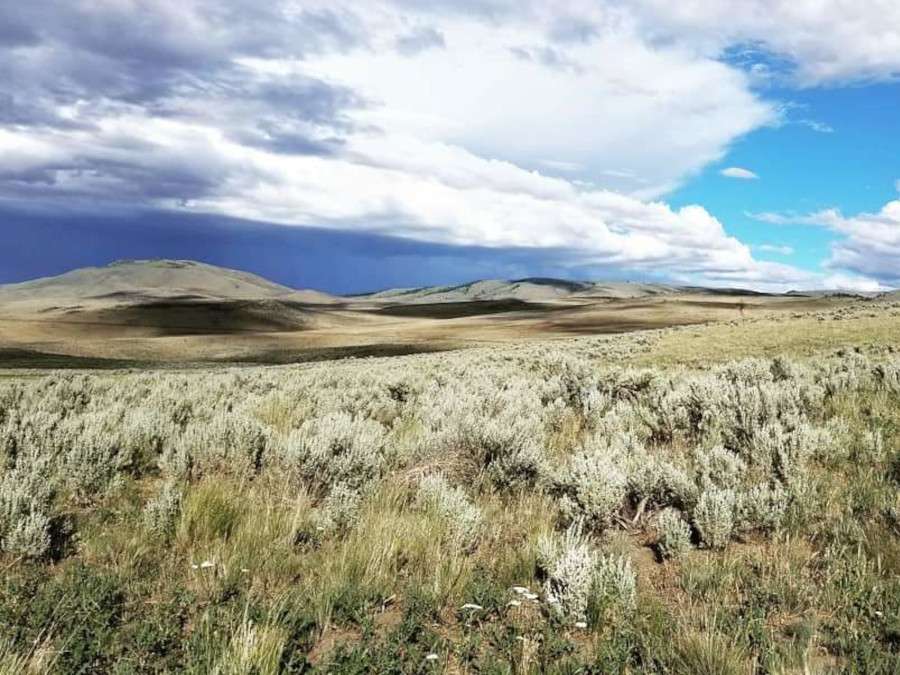 The greater sage-grouse is an iconic bird of the sagebrush-steppe ecosystem in the western United States that is best known for the males’ dance moves during the spring breeding season (https://youtu.be/cLnbiTkj1TQ). Historically, the sage-grouse occupied sagebrush habitat in 3 Canadian provinces and 13 U.S. states. Now, it occupies just 56% of its former range.

The primary threat to the species is habitat loss from wildfire, agriculture, urbanization, and energy development. Other threats to the species include increased predator densities and diseases like West Nile virus. A petition for listing under the Endangered Species Act back in 2002 sparked a 13-year legal battle that made multiple national headlines. A listing decision would dramatically affect the rural economies of 11 U.S. states due to impacts on energy development, ranching, and recreation opportunities. Multiple stakeholders came together, including federal and state natural resource agencies, non-governmental conservation organizations, private landowners, and private industry, in a massive conservation effort which slowed range-wide population declines. This effort helped support a “not warranted for listing” decision by the U.S. Fish & Wildlife Service in September of 2015.

Despite this decision, the greater sage-grouse is still a hot button issue. While the species may appear to be stabilizing across its current range, some local populations continue to decline and there is a vested interest by individual states to continue conservation efforts to keep the sage-grouse off the Endangered Species List. I am working with one of those populations near Baker City, OR.

The sage-grouse population within the Baker Priority Area of Conservation (PAC) has declined by 75% since 2005 and has not shown signs of recovery. The Baker Local Implementation Team (LIT) is a group of private landowners, community members, and county, state, and federal agencies that was formed to help conserve the local sage-grouse population but has expanded to help restore the local sagebrush-steppe ecosystem. In 2017, they developed a Strategic Action Plan and in 2019 developed a Comprehensive Threat Reduction Plan for the Baker sage-grouse population. This included risk assessments from habitat loss, fragmentation, and degradation; predators; and West Nile virus; among others. Sage-grouse are highly susceptible to West Nile virus with local die offs documented in Montana, Wyoming, and Jordan Valley, OR between 2003 and 2006.

West Nile virus (WNv) is a mosquito-borne illness that was first described in Uganda in 1937. While human cases are asymptomatic, it can cause encephalitis and death in serious infections. WNv was first reported in the United States in New York City in 1999. Since then it, quickly spread to all lower 48 contiguous states. It is carried by several genera of mosquitoes but those in the Culex genus seem to be primary vectors. Part of the life cycle of the virus involves amplification in a bird host and major die offs were reported across the United States in a variety of bird species after the first detection of the virus.

My DFP project is to establish a spatially representative mosquito surveillance monitoring program within the Baker PAC. I will use data from monitoring sites and tested mosquitoes to create a heat map to assess the threat of WNv to the Baker sage-grouse population.