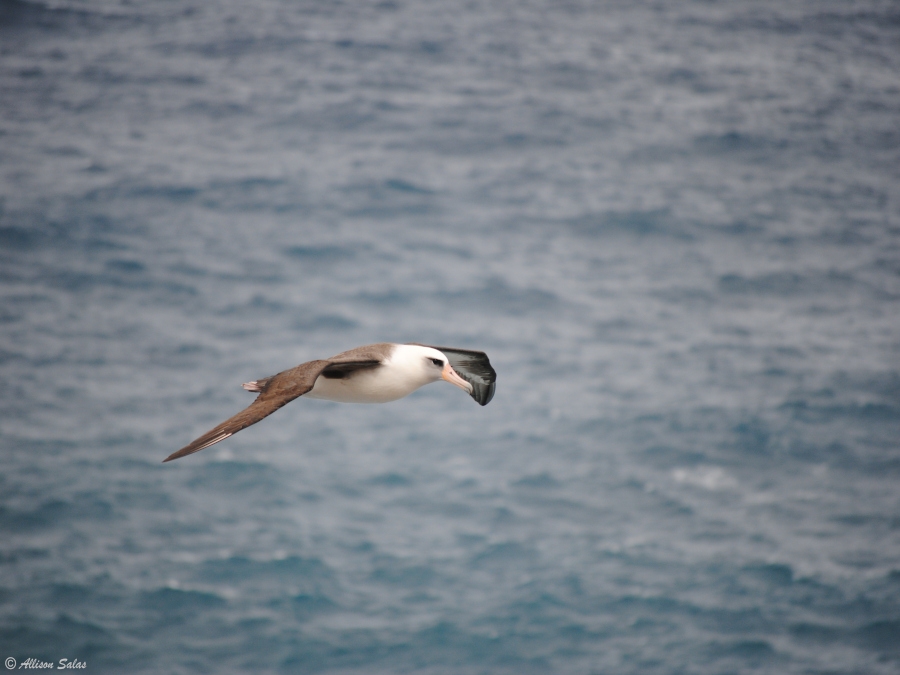 
Albatrosses are large, long-lived, iconic seabirds that roam the Pacific and Antarctic Oceans. With wingspans between 5 and 11ft, adults spend the majority of their life soaring over the open water and fishing. Many albatrosses only return to land once a year to lay eggs and raise young. Some species are known to travel over 10,000 miles in just over a month’s time. Wisdom, the most famous Albatross, is also known as the world’s oldest wild bird at close to 69 years of age. She was banded (or tagged) in 1956 and she returns to the Midway Atoll National Wildlife Refuge (MANWR), which lies between the main Hawaiian Islands and Guam, every year to raise her young. Many sight-seekers and bird watchers travel across the country and deep into the ocean for a chance to see these beautiful, wandering seabirds. MANWR is where I was supposed to be stationed for my U.S. Fish and Wildlife Directorate Fellowship Program (USFWS, DFP) internship this summer. However, like all the other USFWS DFP interns, I’m working from home due to COVID-19. Luckily, thanks to the hard work of the DFP directors and MANO members, my field-based project has shifted so that I may continue to gain experience, learn new skills, and network remotely. Although I won’t directly be able to work with the Albatrosses on Midway, I know that my work will help future conservation efforts.

Unfortunately, there are several factors that threaten the future existence of these elusive birds. There are 22 species of Albatrosses (Family: Diomedea) all of which are listed as species of conservation concern at some level (state, federal, and international). Albatrosses were historically hunted as a source of food and for their feathers. In the early 1900s, Albatrosses were often injured and died as a result of a collision with aircraft due to active military efforts, especially at Midway Atoll. Current threats include commercial fishing, as the number of birds captured as by-catches is estimated to be near 10,000 a year. Introduced and non-native rodents, such as the house mouse, have also disrupted breeding sites by injuring adults that later die of infection or eating adults alive as they incubate eggs and nestlings. Climate change and pollution, like micro-plastics, may also have detrimental impacts on albatrosses.

Eradicating non-native species from island ecosystems where Albatrosses nest was the theme for the inaugural World Albatross Day that took place on June 19th, 2020. The purpose of this event is to raise awareness of the threats that these seabirds face and the conservation efforts currently enacted to protect these species. The MANWR has constructed protection plans to remove house mice as part of the Midway Seabird Protection Project because this is such an important breeding site for three species of Albatross. International agencies in the U.K., Africa, and New Zealand are planning to remove non-native species including rodents, feral cats, and hogs. Protection for albatrosses is a high priority for many agencies, such as the USFWS, U. S. Geological Survey, the Audubon Society, the Agreement on the Conservation of Albatrosses and Petrels, and other regional, national, and international partners. 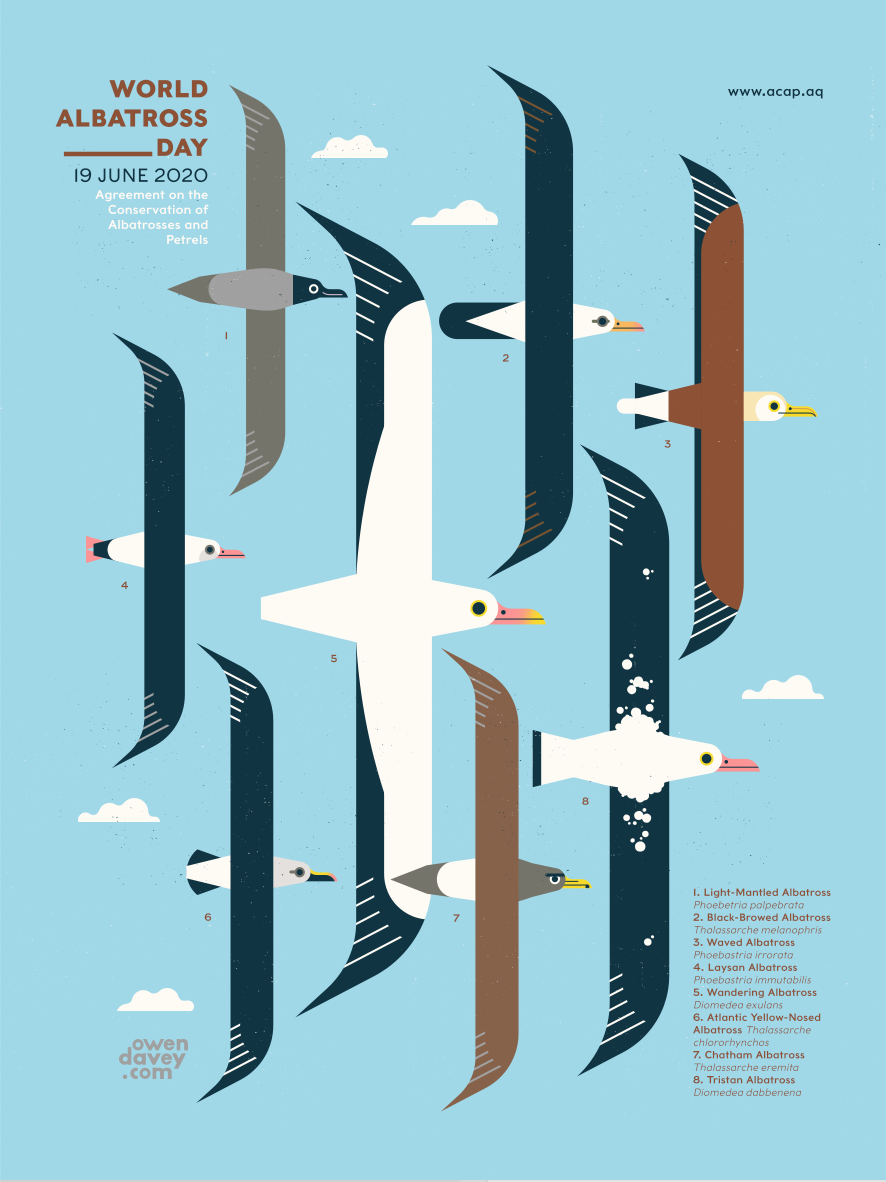